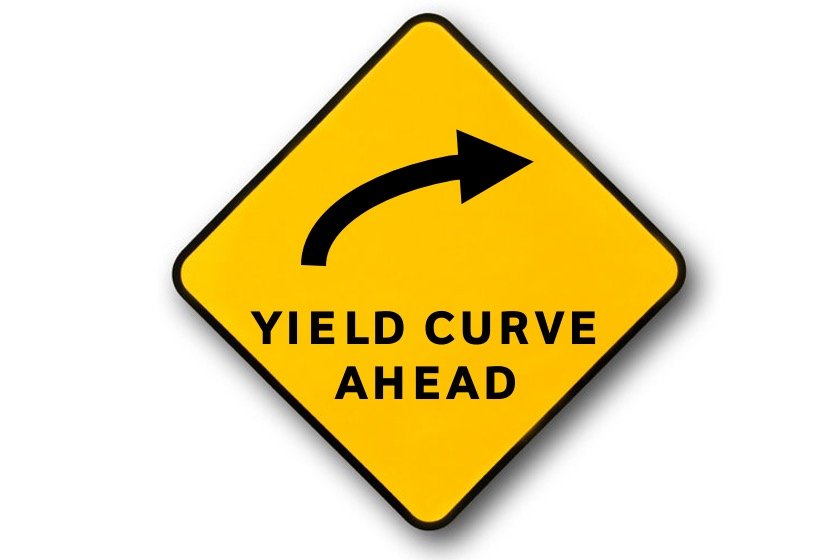 What Is a Yield Curve and What Does Its Slope Mean?

For investors in fixed-income securities, yield and interest rates are critical drivers when making investment decisions.  If you follow the bond markets, you’ll no doubt hear mention of the yield curve and its slope.  But what are they, and can they provide insight into future interest rates and the overall economy?  Let’s explore what the yield curve is and how to interpret the shape of the curve.

What Is the Yield Curve?

The yield curve graphically depicts the yields on different maturities of debt instruments.  It is simply a line plot of interest rates by maturity, providing investors with a visualization of yields and interest rates.  If you take all the yields for a given type of interest rate (for example, Treasury rates) and plot them on a line, congratulations!  You’ve got a yield curve.

A yield curve plots the yields of different maturity bonds against their corresponding time to maturity, allowing investors to visualize the term premium (or discount) for each maturity.  Typically, long-term yields are higher than short-term ones since investors want to be compensated for tying their money up for more extended periods, known as “maturity risk.”  Investors also consider potential inflation and any loss of purchasing power over time.

You can plot a yield curve for any fixed-income bond type.  For example, you can find curves for Treasury and other government bonds worldwide, municipal bonds, agency bonds, and corporate bonds.  If you have access to Bloomberg (either directly or with the help of a broker), you’ll find dozens of curves available.

What Is the Yield Curve Slope?

Usually, a yield curve will have higher rates as you move further out the maturity scale.  This goes back to the idea of maturity risk that we discussed earlier.  We refer to this as a positively sloped yield curve, with longer rates higher than shorter ones.

There are three basic yield curve shapes that you’ll want to know.  Each of them depends on the degree of slope in the curve.

We usually see a steep curve when the market outlook is for stronger economic growth or rising inflation.  Investors interpret the higher long-term rates as a sign that the market expects the Federal Reserve to raise interest rates in the future.

A flat curve can also indicate that the market is anticipating a period of economic stagnation.  The curve generally becomes flat later in the economic cycle as investors expect an economic slowdown or if the inflation outlook is decreasing.

An inverted curve is when short-term interest rates are actually higher than long-term ones.  It’s a rare occurrence, and it sounds strange since a normal yield curve has higher long rates and a positive slope.

Historically, an inverted curve often occurs before a recession and usually after a period of increased interest rates by the Fed.  An inverted curve isn’t a guarantee that a recession is imminent, but it is the market beginning to price in an economic slowdown.

What Drives the Slope?

The yield curve’s slope is constantly changing, ebbing and flowing, and becoming steeper or flatter.  So, what determines the shape or slope of the curve?  Three primary factors can cause the curve to steepen, flatten, or even become inverted.

One factor is the Federal Reserve’s monetary policy decisions.  As the Fed raises or lowers interest rates, and the bond market anticipates and reacts to those moves, it will influence changes in the yield curve.   The Fed’s rate decisions primarily affect the shorter end of the curve, usually out to about two or three years.

Another factor that influences the curve slope is inflation expectations.  As I mentioned earlier, fixed-income investors will factor in the loss of purchasing power and want to be compensated for that risk.  If the market anticipates a higher probability of inflation, then interest rates and the yield curve will adjust to reflect that scenario.  And if inflationary concerns are diminished, that will also be taken into account.

The third factor that can affect the slope is the combination of bond market supply and demand.  As bond issuance of different maturities changes over time, and as demand for those bonds fluctuates, it affects the price of the bonds, which in turn drives the rate or yield.  As those conditions change, the rates represented on the yield curve will move accordingly, changing the slope of the curve in the process.

What Part of the Curve Matters?

As you might expect, yield curves and slopes get a lot of attention in the bond markets, mainly the Treasury curve.  Because of that, it can be easy to get caught up in the latest financial headlines about the 10-year Treasury or other yield indices along the curve.

But here’s something to keep in mind.  As you evaluate the curve and its slope, ask yourself – What part of the yield curve matters most to your financial institution?

If most of your institution’s earning assets are no longer than five years in terms of maturity or repricing, then why worry about what the 10-year Treasury is doing?  The key is to focus on the part of the curve where your assets (including investments) and liabilities reside and base your asset-liability strategies and investment decision-making on your financial institution’s unique yield curve.

The yield curve is an essential tool for financial institutions to use to make decisions about their investment and balance sheet strategies.  By understanding the factors that drive the curve and its slope, investors can better position themselves as market and economic conditions shift.

While no one can predict the future with certainty, by paying attention to how short- and long-term interest rates are changing, community financial institutions can do their best to stay ahead of the curve. 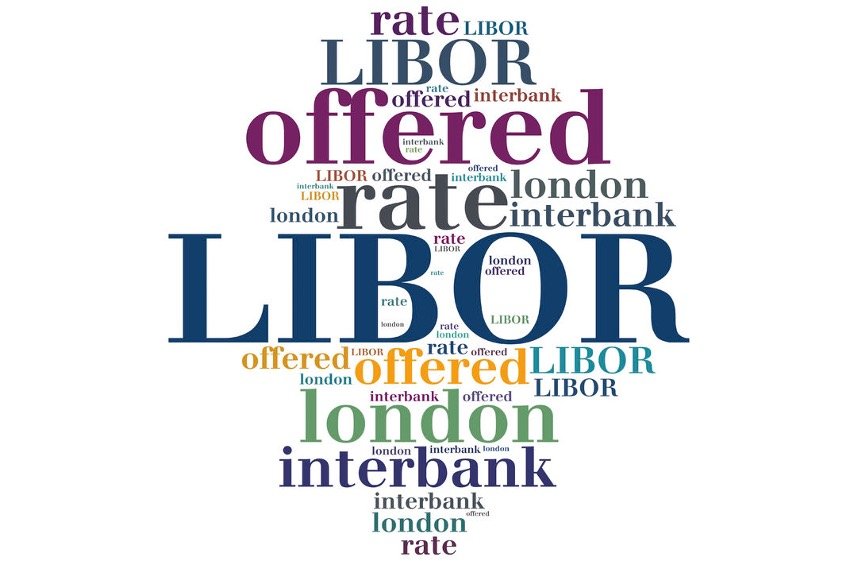 Bloomberg’s “Odd Lots” podcast, co-hosted by Joe Weisenthal and Tracy Alloway, recently produced a five-part series on LIBOR. It covered the retirement of the benchmark index, a long-time cornerstone in the capital markets. The series provided some great background and perspective.

To make it easier for you, here’s a list with links to each of the episodes in the series:

1 – Meet the Man Who Blew the Whistle on LIBOR: Features an interview with Richard Robb, who first raised concerns about LIBOR back in the mid-1990s.

2 – This is the Index That’s Supposed to Replace LIBOR: Discussion on the Secured Overnight Funding Rate (SOFR) with Joe Abate from Barclays.

3 – The Case for AMERIBOR as the Replacement for LIBOR: An interview with Richard Sandor from the American Financial Exchange about an alternative index to LIBOR.

4 – How the Transition from LIBOR is Actually Going: Features a discussion with Tom Wipf from Morgan Stanley about the transition process that’s underway.

5 – What Happened to LIBOR During the COVID Crisis: An interview with Josh Younger from JPMorgan, reviewing how LIBOR has behaved during the COVID crisis.

The podcast series is full of interesting history, context, and info, so check it out!

3 Reasons Why Your Bond Yield is Misleading

Early in my career, I learned that the most important consideration for bond investments was a bond’s yield. After all, if we don’t know the potential return on a bond, how do we select the investment that might be best for our needs?

In fact, when speaking with brokers or reviewing Bloomberg screens, most of what you will see is based on the bond’s yield. However, there are three important factors about the bond yield calculation that may make it a misleading measurement.

Exactly What Does “Yield” Mean?

Most of the time, when we talk about yield, we’re referring to the yield-to-maturity (YTM). YTM is the annual return that an investor can expect to earn on a bond investment over its lifetime. It takes into account the interest income earned, the principal cash flow when the bond matures, and any premium or discount paid. For those that are more statistically-minded, YTM represents the internal rate of return (IRR) necessary to discount all future cash flows so that the sum of their present values is equal to the bond’s current price.

YTM provides a summary measurement of all the bond’s cash flows, including principal received at maturity. Many investors believe that YTM offers a clear indication of the return they will earn. However, to truly realize a bond’s YTM, several key assumptions need to be met:

Because of these assumptions, you’ll face three reasons why you might not earn the YTM on a bond investment:

Reason #1: You Don’t Hold the Bond Until It Matures

While your intent may be to hold your bonds until final maturity, that may not always be the case. Bonds can be sold before maturity for several reasons. These can include liquidity needs, changing risk factors, or adjustments to the portfolio investment mix. Depending on the original price paid, if you sell a bond before it matures, you may realize a gain or loss on the sale, and your return will vary from the YTM.

Reason #2: You Don’t Reinvest the Income You Earn

Since YTM assumes that you receive all payments as scheduled, it also assumes the absence of any embedded options. Once optionality is introduced, as in the case of callable bonds or securities with prepayment risk like mortgage-backed securities, it has a direct influence on the actual yield. It also results in a difference when compared to the YTM.

Some metrics, such as yield-to-call (YTC), help to quantify some of the effects of optionality. However, what about when the bond contains multiple embedded calls? How do you know what your yield will be then? Below is a snapshot from a Bloomberg screen for a callable step-up agency bond. As you can see, your yield can vary depending on whether (or when) the bond is called.

It is more challenging to determine the possible yield on a security with prepayment risk, such as an MBS. As the Bloomberg screenshot below shows, the yield to maturity can change throughout the investment’s life as principal payments vary due to optionality.

The bottom line is that basing an investment decision solely on the yield at the time of the purchase isn’t necessarily telling you the whole story.

Is Using Yield a Worthless Exercise?

So with all the reasons that the YTM calculation doesn’t provide an entirely accurate result, does that mean it is a useless measurement or a waste of time? No, not really.

While it may not be a perfect metric, YTM allows you to make a direct comparison between different securities, taking into account different coupons and prices. It combines all the different cash flows into a single statistic and allows a quick apples-to-apples comparison of the potential return you could earn on your investment based on “what might be.”

However, it is probably best not to use YTM as your sole measurement for evaluating fixed income securities. It is better to blend YTM with other factors such as duration, weighted average life, and total return when analyzing bonds. These measurements, along with your specific balance sheet needs and risk tolerances, will help shape the overall picture required to make a sound investment decision.